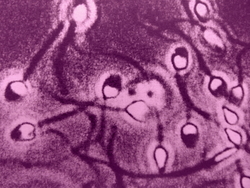 German researchers have conducted a randomised controlled study of the effect of acupuncture on the sperm of infertile men, and found significant benefits for sperm motility.

Twenty-nine men were randomly assigned to receive either real acupuncture or a placebo control. A significantly higher percentage of motile sperm was found in men after real acupuncture. In this trial, no effect on sperm concentration was observed.

(A Prospective Randomised Placebo-controlled Study of the Effect of Acupuncture in Infertile Patients with Severe Oligoasthenozoospermia. Fertil Steril October 2009.)

Follow
This entry was posted in Fertility. Bookmark the permalink.