Taking a siesta in the middle of the day seems to reduce the risk of death from heart disease, particularly in healthy young men. This conclusion on the benefits of a siesta is suggested by a survey of a general population sample of 23 681 people, who at enrolment had no history of heart disease, stroke or cancer. As well as recording napping habits, researchers asked about diet and exercise so as to allow for these additional variables.

It was found that those who occasionally napped, had a 12% lower rate of coronary mortality, whilst those who regularly napped for 30 minutes at least three times per week, had a 37% lower rate. The association was especially strong among men working at the start of the six year study: they showed a 64% reduced risk.

People whose parents lived to a greater age, have been found by the time they themselves reach middle-age, to have fewer risk factors for cardiovascular disease.

In a survey of nearly 1700 people, mean age 40, 11% had at least two parents who survived to 85 or older; 47% had one parent who lived to that age; 42% had two parents who died before 85. People whose parents both survived to 85 or beyond, showed a greater tendency for normal blood pressure, lower levels of LDL (the “bad”) cholesterol, and fewer other risk factors for cardiovascular disease. Similar tendencies were exhibited after a further 12 years of follow-up. 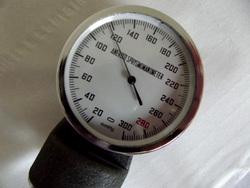 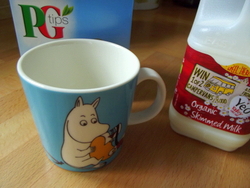 It is known that drinking tea can help to prevent cardiovascular disease. It now seems that this protective effect is negated if milk is added to the tea, so tea without milk is more beneficial.

Over three different sessions, sixteen post-menopausal women, mean age 59, were given either 500ml of Darjeeling tea, or boiled water to drink. The tea was either freshly brewed black tea, or black tea with 10% skimmed milk added. An ultrasound scan was used to measure artery cell function in the forearm, both before and two hours after drinking. Black tea was found to significantly improve the ability of the arteries to soften and relax, but this effect was absent when the tea was taken with milk: the protective catechins in the tea interacted with the milk proteins (caseins) inhibiting their effects. The milk additionally destroyed the antioxidant properties of the tea.