Acupuncture helps hot flushes and other menopausal symptoms, according to researchers at the University of São Paulo in Brazil. In a crossover trial, 100 women were randomly allocated to receive either true or sham acupuncture. Treatment was given for 24 weeks, after which the two groups were swapped over, and each received the alternative treatment for another 24 weeks.

Based on the results, the authors conclude that acupuncture may help help flushes and other symptoms during menopause. 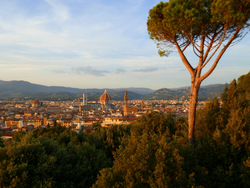 Acupuncture for hot flushes is as effective as hormone replacement therapy (HRT), according to Italian researchers. A total of 75 postmenopausal women with hot flushes were randomised to receive a three month course of either HRT, weekly acupuncture, or phytoestrogens. Scores of overall menopausal symptoms declined significantly in all three groups. Acupuncture and HRT were more effective than phytoestrogens for hot flushes specifically. At follow-up three months after the treatments had ended, symptom reduction remained greater in the acupuncture group compared with the HRT group.

(Acupuncture or phy(F)itoestrogens vs. (E)strogen plus progestin on menopausal symptoms. A randomized study. Gynecological Endocrinology. 29 May 2019.) 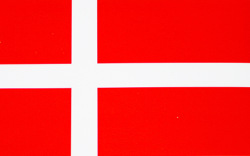 Danish researchers studying acupuncture for hot flushes and night-sweats, have shown even a brief, standardised course of treatment can offer fast and clinically relevant symptom reductions. Seventy women aged 40 to 65 with moderate to severe menopausal symptoms, and recruited from nine primary care practices, were randomised to either an acupuncture group or a waiting list control group. Acupuncture was given once a week for five weeks.

At week 6, and compared with the control group, the acupuncture group displayed significantly decreased hot flushes, night-sweats, sleeping problems, emotional symptoms and physical symptoms. Some improvements were already apparent by week 3. The study authors conclude that acupuncture for menopausal symptoms is a realistic option for women who cannot or do not wish to use hormone replacement therapy. 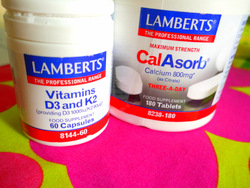 Bone density in postmenopausal women can be improved with a 12-month daily oral administration of 5g of specific collagen peptides, say researchers in Germany. A total of 131 women aged 46 to 80, were randomised to receive either a daily dose of collagen peptide or a placebo powder. The substances were dissolved in a glass of water and taken before breakfast. All subjects were given information on the importance of regular physical activity and balanced nutrition. They were also encouraged to take a daily dose of calcium (500-800mg) and vitamin D (400-800iu). A DEXA scan of the lumbar spine at L1-L4, and at the neck of the thigh bone, was performed at baseline and after 12 months. Blood levels of bone markers were also monitored.

In the 102 women who completed the study, there were significant improvements in bone mineral density in the peptide group: 3% in the spine and 7% in the femoral neck. In the placebo group, bone density actually fell by around 1%. Similarly, blood levels of bone markers suggested increased bone formation in the treatment group, and increased bone degradation in the placebo group.

The authors say there is insufficient knowledge about which type of collagen peptides (marine, porcine, bovine etc) exerts the most favorable effect. The manufacturing process could also influence the properties of collagen peptides and thus their effectiveness. More human studies and additional data on optimal timing and dosage are needed. 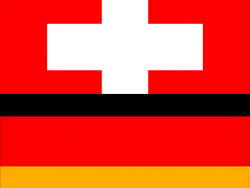 In the acupuncture group, median time to discharge was 35% shorter than in the standard anaesthetics alone group. It was also shorter than in the acupressure group. Median time to removal of the endotracheal tube was 7 minutes shorter in the acupuncture and acupressure groups, compared with the standard anaesthetics alone group. The researchers point out that modern surgery management requires increasing operating theatre turnover and more ambulatory procedures. Post-anaesthetic recovery therefore needs to be optimised, and further work should be encouraged to consider a role for acupuncture.

(Acupuncture reduces the time from extubation to “ready for discharge” from the post anaesthesia care unit: results from the randomised controlled AcuARP trial. Scientific Reports, 24 October 2018.)