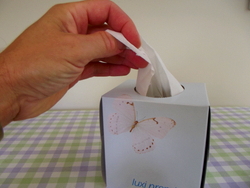 A multicentre randomized trial carried out in Korea, has shown acupuncture has a significant effect on the symptoms of allergic rhinitis, compared with either sham acupuncture or no treatment.

Of note is the fact that the difference between true and sham acupuncture was greater after 4 weeks of follow-up than after the initial completion of acupuncture treatment. This suggests that the treatment effect was real, as the placebo effect would be expected to wear off or remain the same in prolonged trials.