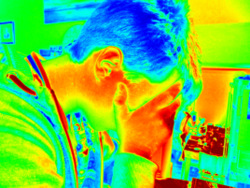 Pain is our body’s alarm signal, so its cause should always be investigated. It can vary in nature from the dull ache of an arthritic hip, to the almost intolerable electric shocks of trigeminal neuralgia. Tolerance varies between individuals, but is lower if we are tired, stressed or without other distractions. Some forms are responsive to simple painkillers, whilst others demand stronger, prescription-only drugs, the side-effects of which can be troublesome.

Whatever the pain, acupuncture is a gentle and safe treatment approach. It may also help with any consequences of your pain such as disturbed sleep, depression or loss of appetite.

Below you will find a wide range of research into acupuncture for pain. The studies cover chronic pain from a variety of causes, plus pain relief in hospital A&E, ICU and post-operative settings. There is also trigeminal neuralgia, phantom limb pain, studies with military veterans, and a look at how acupuncture could be part of the solution to dependence on opioid drugs. Pain from shingles, multiple sclerosis and cancer are covered, as is dental pain. Note that some specific types of pain eg neck or back pain, come under their own headings elsewhere.

The latest NICE guideline on treatment of chronic pain, recommends acupuncture, exercise or psychological therapies, as non-pharmacological approaches to managing chronic primary pain. By contrast, paracetamol, non-steroidal anti-inflammatories and opioids, are not recommended.

The NICE committee which devised the guideline acknowledged that there is now a large evidence base for acupuncture’s short term effectiveness. They cited 27 studies showing it reduced pain and improved quality of life for up to three months.

US military veterans who have acupuncture before surgery, report less pain and need far fewer opioids to manage their discomfort. In the randomized, controlled study presented at the 2020 annual meeting of the American Society of Anesthesiologists, the veterans were also more satisfied with their pain control.

“Six percent of patients given opioids after surgery become dependent on them, and veterans are twice as likely to die from accidental overdoses than civilians,” said Brinda Krish, D.O., lead author of the study and an anesthesiology resident at Detroit Medical Center. “Clearly it is crucial to have multiple options for treating pain, and acupuncture is an excellent alternative. It is safe, cost effective and it works.”

A large systematic review by researchers in the US, China and the University of Oxford, shows acupuncture should be given for at least five weeks in order to achieve 80% of maximum analgesic effect. A total of 77 randomised trials of acupuncture for chronic pain of the shoulder, neck, knee and lower back were included. They covered 8830 patients. Higher initial pain intensities were found to result in higher acupuncture pain relief.

(The response-time relationship and covariate effects of acupuncture for chronic pain: A systematic review and model-based longitudinal meta-analysis.European Journal of Pain, 13 June 2020.) 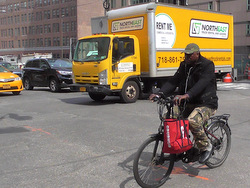 Patients randomised to receive acupuncture reported greater decreases in pain compared with usual care, and improvements in quality of life. There was also reduced reliance on analgesics, improved sleep and daily function, reduced stress, and improved engagement with their own self-care.

The authors say,”Overall, participants found acupuncture beneficial for a range of symptoms common with PDN, including burning or aching pain, sensations of heat or cold, or numbness. This diversity of presentations partially explains why conventional treatments such as pain medications have limited efficacy in treating this condition. Acupuncture may hold unique promise as a treatment for PDN because of its potential to address patients’ multifaceted pain experience, including physical symptoms as well as psychological well-being.”

(“It Gave Me Hope” Experiences of Diverse Safety Net Patients in a Group Acupuncture Intervention for Painful Diabetic Neuropathy. Health Equity, online 22 May 2020.)