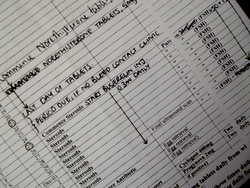 Results from a meta-analysis by Chinese authors, indicate that acupuncture, especially around the time of controlled ovarian stimulation, improves pregnancy outcomes in women undergoing IVF. The research also suggests that a more positive outcome is likely when the acupuncture is given according to an individualised treatment plan for the patient, as is the case with traditional Chinese acupuncture.

A total of 23 trials, covering 5598 women, were included in the study; the trials had been conducted across nine different countries, including Germany, the US, Australia and Sweden. The pooled clinical pregnancy rate from all groups treated with acupuncture, was found to be significantly higher than that in the control groups. The live birth rate was not significantly different.