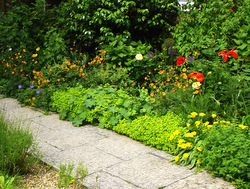 Making your front garden greener, can help you to feel more happy, relaxed, and closer to nature. A four year collaborative project carried out by the universities of Sheffield, Westminster and Virginia, with the Royal Horticultural Society, looked at adding plants to previously bare front gardens in deprived streets of Greater Manchester. 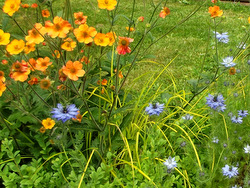 Forty-two residents received a tree, a shrub (azalea), a climber (clematis), lavender, rosemary, spring bulbs, plus enough bedding plants to fill two containers. A second, control group of residents, received the same plants one year later. The researchers tracked residents’ cortisol levels before and after the planting, to use as an indicator of their stress levels. 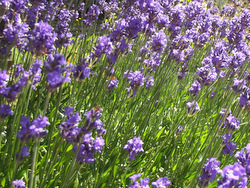 Dr Lauriane Suyin Chalmin-Pui, who conducted the experiment as part of her PhD research said, “We now have further evidence of the vital need to incorporate plants into our front gardens and domestic spaces. The stress reduction data is startling, in that there was such a significant response with a relatively small number of plants. Now we know that access to a tiny patch of nature has beneficial effects for our health.”