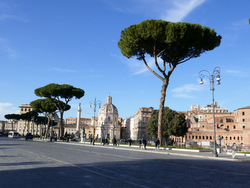 An Italian team at the University of Verona, researching acupuncture and fibromyalgia, have shown it represents an effective treatment option. They also studied the effectiveness of a group of nutritional supplements.

A total of 60 women with fibromyalgia were randomised to receive either acupuncture, or a nutritional supplement. The latter, known as Migratens, included coenzyme Q10, vitamin D, alpha-lipoic acid, magnesium and tryptophan. Both treatments were given for three months, with pain and quality of life being assessed at the end of months 1, 3 and 6.

Positive results were found for both interventions. Nutritional therapy was associated with statistically significant pain reductions one month after starting, and further improvements continued to be seen at the three month point. These benefits diminished however, once treatment was suspended. Acupuncture was also associated with improvements at all time points during treatment, but some improvement was still maintained three months after the end of treatment. Comparing the two groups, acupuncture was associated with the greater pain reduction at all time points. Quality of life also improved in both groups, but only in the acupuncture group did it reach statistical significance.