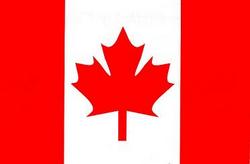 Canadian researchers undertaking a randomised pilot study of acupuncture for menstrual migraine, have shown that acupuncture and acupressure could be safe options for its prevention. Eighteen women aged 22 to 52, were allocated to one of three groups: true acupuncture, acupressure and control acupuncture (using acupuncture points which the team did not anticipate would have any effect on migraine). The study lasted seven months, plus a three month follow-up. Treatment was given three times per month for three months.

Both true acupuncture and acupressure were significantly more effective than control, in reducing the number of menstrual migraine days, as well as reducing peak pain. No significant differences were observed between groups during follow-up.

(Comparison of the Prophylactic Effect Between Acupuncture and Acupressure on Menstrual Migraine: Results of a Pilot Study. Journal of Acupuncture & Meridian Studies, 11 April 2018.)