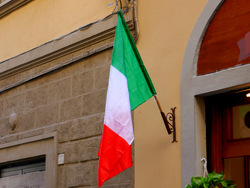 Researchers in Italy have examined the usefulness of acupuncture for PTSD (post-traumatic stress disorder) following the central Italian earthquake of August 2016. A total of 41 patients were given four treatments over consecutive days. Both psychological and physical symptoms were reported by 68% of patients.

The researchers say this was an observational study with the goal of evaluating acupuncture in an emergency context. The results suggest that acupuncture could be a useful tool for reducing psychological symptoms related to earthquakes, but further research is required.