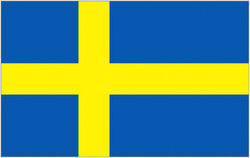 A small Swedish feasibility study indicates that electroacupuncture can improve markers of glucose regulation and androgen levels in overweight women with polycystic ovary syndrome (PCOS). Seventeen women aged 18 to 38, were given electroacupuncture three times a week over a five week treatment period. Levels of both HbA1C and androgens decreased significantly, and these changes occurred without alterations in body weight or waist circumference.

The authors say that lifestyle management, including exercise and dietary changes, has the potential to improve most PCOS-related symptoms. For those who have difficulty performing exercise or following a diet, treatments such as acupuncture might be needed. Based on the findings of this study, a full randomised controlled trial has been initiated.