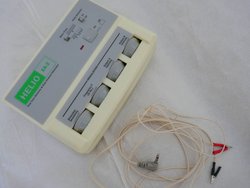 Indonesian hospital and university researchers have collaborated to show that electroacupuncture enhances follicle maturation and egg fertilisation rates in women undergoing IVF. A total of 24 women aged 30 to 39 were randomly allocated to either an electroacupuncture group or to a sham treatment group which relied on non-penetrating needles. Sessions were given six times, at a rate of twice per week, prior to the ovarian stimulation phase, and four times during an antagonistic protocol. Assessment of follicle maturation and egg fertilisation was then made by embryologists.

The results showed that the oocyte maturation index and fertilisation rates in the treatment group, were significantly higher than in the sham group.