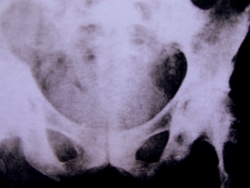 A study in Sweden looking at a sample of the population, has concluded that exercise reduces the chance of fracture due to osteoporosis in men.

2205 men, aged 49 to 51, were followed over a 35 year period. Physical activity and other lifestyle habits were recorded at baseline, and at intervals thereafter. Over the 35 years, 428 of the men had at least one fracture, but there were significant differences according to activity levels:
20% of the sedentary men had fractures,
13% of medium activity men (some walking and cycling) had fractures, and
8% of high activity men (sport for at least 3 hours a week) had fractures.

The researchers calculate that one third of fractures could be prevented if men took part in sports more regularly.

(Leisure Physical Activity and the Risk of Fracture in Men. PLoS Medicine, 19 June 2007.)