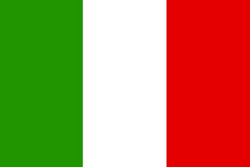 Researchers in Italy have concluded that acupuncture, dietary therapy and Chinese massage (tuina) can be used to treat hot flushes and other symptoms in postmenopausal women. They recruited one hundred women in spontaneous menopause and with at least three episodes of hot flushes daily, and randomly allocated them to one of two groups. The first group received dietary advice, self-massage training and acupuncture. The second group received the same interventions except that their acupuncture commenced six weeks after enrollment into the study. Acupuncture was given twice a week for six weeks.

Acupuncture was found to significantly reduce the occurrence of hot flushes and sudden sweating, but other symptoms which improved included sleep disorders, irritability, depression, bone pain and tightness of the chest.