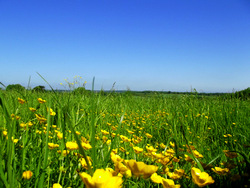 The authors state that acupuncture is relatively safe, and common side effects are bleeding and haematoma caused by the needles. In contrast, antihistamines like cetirizine commonly cause fatigue, dizziness, headaches, sleepiness and sore throat. They reduce patients’ quality of life, and affect daily life and activities. Clinical guidelines strongly recommend antihistamines however, and acupuncture is listed as a supplementary option. These results encourage consideration of the need for a stronger position of acupuncture in those guidelines, as a valuable, additional treatment option.

(Impact of acupuncture on antihistamine use in patients suffering seasonal allergic rhinitis: secondary analysis of results from a randomised controlled trial. Acupuncture in Medicine, 10 February 2018.)