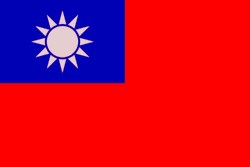 A pilot study undertaken by clinicians in Taiwan, has shown that acupuncture can significantly and promptly reduce dizziness and vertigo in patients attending a hospital accident and emergency department. A total of 60 patients aged 21-89, presenting at A&E with these symptoms, had serious causes ruled out before being allocated to one of two groups. The treatment group received a thirty minute acupuncture session, whilst the control group received acupressure seeds placed without stimulation, at points 1cm away from the acupoints used in the treatment group.

Compared with the controls, patients in the treatment group experienced significantly greater decreases in symptoms. The researchers, funded by the Taiwanese Government Ministry of Health & Welfare, concluded acupuncture was also a very safe intervention.