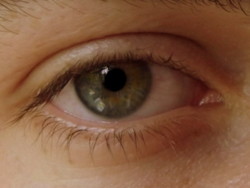 A pilot study undertaken by researchers at John Hopkins University in the USA, suggests that acupuncture may offer significant and measurable improvements in residual visual function for patients with the degenerative eye disease retinitis pigmentosa (RP). RP is an inherited eye condition in which the cells of the retina gradually stop working. Twelve adult patients with RP were given ten 30 minute acupuncture sessions over a two week period.

After treatment, six of the twelve showed significant improvements in visual function. Three of nine subjects given a full-field stimulus threshold test, had a 13- to 53-fold improvement in both eyes at one week after acupuncture, maintained for at least 10 to 12 months. Acupuncture was well-tolerated by all, without adverse events or visual loss. The researchers conclude that acupuncture entails minimal risk, if administered by a well-trained acupuncturist and may have significant, measurable benefits on residual visual function in patients with retinitis pigmentosa, in particular scotopic sensitivity, which had not previously been studied. These preliminary findings support the need for future controlled studies of potential mechanisms.

(A pilot study of an acupuncture protocol to improve visual function in retinitis pigmentosa. Clinical & Experimental Optometry, May 2014.)