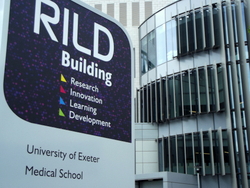 An international team of researchers, led by Dr David Llewellyn at the University of Exeter Medical School, has found that vitamin D deficiency is associated with a substantially increased risk of dementia and Alzheimer’s disease in older people. The team followed 1658 individuals in the US, who were initially free from dementia, cardiovascular disease and stroke, for a mean of 5.6 years. Their blood vitamin D levels were monitored and classified as severely deficient, moderately deficient or sufficient.

Dr Llewellyn commented that the association was twice as strong as anticipated, and that clinical trials are now needed to establish whether eating foods such as oily fish or taking vitamin D supplements can delay or even prevent the onset of Alzheimer’s disease and dementia. The team outlines how their study design makes reverse causation unlikely (dementia itself leading to lower vitamin D levels), and that their findings support the idea that vitamin D may possess a neuroprotective effect.