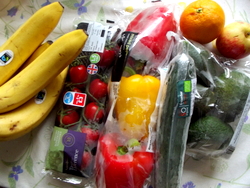 American researchers conducting a large-scale trial over several years, have found that a vegetarian diet is associated with a longer life. They enrolled into the study, 73 000 members of the Seventh Day Adventist Church, in both the US and Canada. Adventists tend to share similar lifestyles, namely not drinking alcohol or smoking, although they do exhibit the usual range of other dietary patterns.

Over a six year follow-up period, significant associations were detected between a vegetarian diet and deaths from cardiovascular disease, non-cardiovascular non-cancer disease, renal disease and endocrine disease. These links appeared stronger in men than in women. Overall, vegetarians were 12% less likely to die from all causes combined, compared with non-vegetarians.