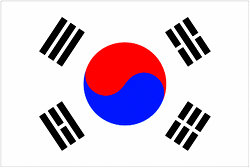 The addition of acupuncture to routine medical care, can improve the symptoms of patients with chronic fatigue. Researchers in Korea performed a three-armed, controlled trial in which 150 patients across four hospital research centres were randomly allocated to one of three groups. There were two acupuncture groups of traditional Chinese and Korean styles respectively plus usual care, and one control group which received usual care alone. Patients were aged between 19 and 65 and had had symptoms for at least six months. All other usual medical causes of fatigue were excluded. Acupuncture comprised ten sessions over four weeks.