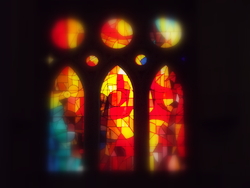 Researchers in the Department of Clinical Psychology at Columbia University, have undertaken a study which may suggest that changes in the brain previously observed to correlate with significant spiritual or religious values, may also provide protection against depressive illness.

The authors of the study were building on prior work which revealed thinning of the brain cortex in adults whose parents had suffered depression. Here, they looked at 103 adults who were considered to be either at high or low risk of depression, based on family history. Subjects were asked about the importance they placed on spirituality or religion. Brain MRIs showed thicker cortices in people who placed a high importance on religion or spirituality compared with those who did not. The relatively thicker cortex was found in precisely the same regions of the brain that in the prior study had shown thinning in people whose parents had suffered depression.

The authors say that although more research is necessary, the results suggest that spirituality or religion may protect against major depression by thickening the brain cortex and counteracting the cortical thinning that would normally occur with major depression.

(Neuroanatomical Correlates of Religiosity and Spirituality: A Study in Adults at High and Low Familial Risk for Depression. JAMA Psychiatry, on-line 25 December 2013.)